Earwax (also called cerumen) is produced inside your ear canal to gather and remove dirt, dust and dead skin cells; that’s why earwax slowly makes its way out of the ear.

It’s possible for the body to produce too much earwax but, most of the time, impacted earwax is a self-inflicted problem resulting from the improper use of cotton swabs. Pushing swabs into the ear can also push cerumen toward the back of the ear canal where it blocks sound from getting through. It can also attach to the eardrum, causing it to function poorly, which can cause ringing in the ears. 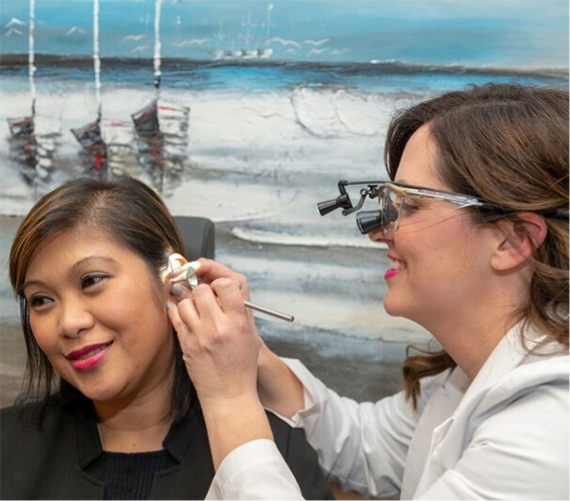 Here are a few signs that you may have impacted earwax:

Excess earwax is easy to treat.

Please don’t try to remove impacted earwax on your own with an over-the-counter softening product. The process of removing even softened earwax can result in making the impaction worse and even damaging the eardrum. Come to Bluewater Hearing, where we have the specialized training and tools to do the job right.

We Will Help You Understand Hearing Loss.

Our practice is dedicated to an unparalleled level of personal care for your unique lifestyle.